As the market for operator-supplied video set-tops gets smaller, so does the physical size of the devices themselves.

Hitting on that theme this week is Liberty Global, which introduced the Mini TV Box, a 4K-capable product being billed as the cable operator’s smallest video device ever and its first all-IP video device.

Liberty Global said the 97-gram Mini TV Box, powered by the operator’s Horizon 4 platform, was designed in-house and manufactured by CommScope. It’s initially being rolled out by UPC Poland and will be introduced in other Liberty Global markets over time, the operator said. 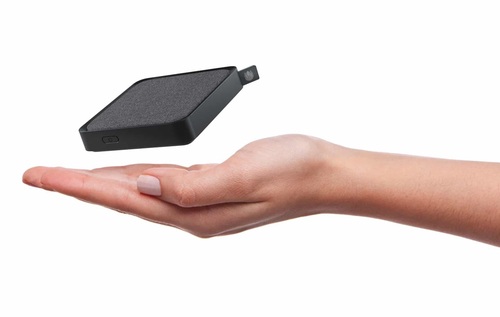 Despite the set-top’s much-maligned history with respect to capabilities and consumer perception, Liberty Global’s new, fits-in-the-palm-of-your-hand device shows that the box has come a long, long ways from the very early days of cable’s video digital era.

The Mini TV Box and its ability to connect over Wi-Fi means it’s agnostic in the sense that it will operate on UPC Poland’s recently launched fiber-to-the-home product/network as well as the operator’s traditional HFC network.

In addition to being its smallest video device, Liberty Global says the Mini TV Box is also its greenest yet, as it eats up a max of 5 watts (notably, it can be powered from a TV’s USB input rather than a separate power socket) and is made from 35% recycled plastics. Liberty Global estimates that the new box reduces energy consumption by about 77% compared to previous set-tops.

The device also jams in some advanced features despite its diminutive form-factor. In addition to 4K, it also boasts Dolby sound, is Bluetooth-connected, supports the operator’s voice-based navigation system as well as a mix of integrated OTT apps.

The small size of Liberty Global’s Mini TV Box might conjure up images of simple digital-to-analog transport adapters that Comcast and other cable operators deployed by the tens of millions to help reclaim analog bandwidth for DOCSIS 3.0 and other new, digital services in the (relative) days of yore. But Liberty Global’s latest entry also follows today’s retail market, which is teeming with dongle-sized streaming devices from the likes of TiVo, Roku, Google and Amazon that also support the latest video and sound formats and technologies.

Read the full article on LightReading

RDK in the News

RDK Management is an open source consortium that manages the Reference Design Kit (RDK). RDK is an open source software platform for the connected home that standardizes core functions used in broadband devices, set-top boxes, and IoT. It enables operators to manage their devices; control their business models; and customize their apps, UIs and data analytics to improve the customer experience and drive business results. The RDK community is comprised of more than 600 companies including: CPE manufacturers, SoC vendors, software developers, system integrators, and service providers.  For more information on the tools, training, and events provided by RDK Management, please visit: www.rdkcentral.com.